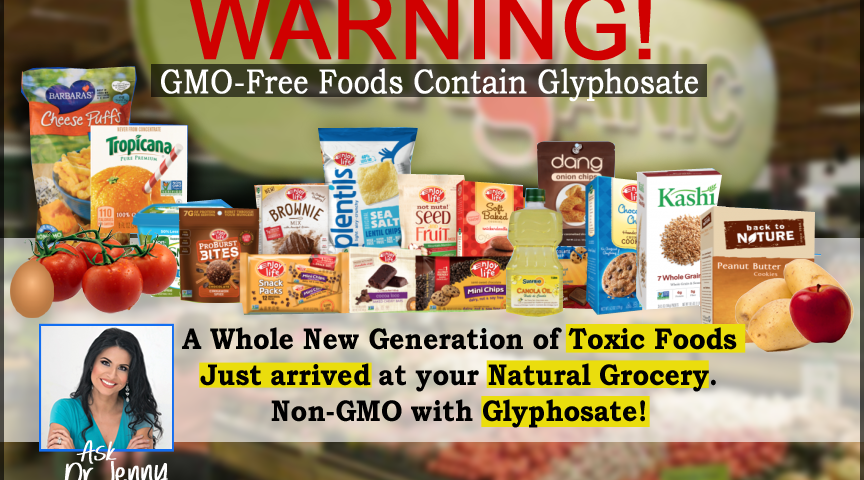 There is a lot of talk about Genetically Modified Organism (GMO) food these days. It seems like everywhere you look, you see a “Non-GMO” label. But what does it all mean? What exactly is a genetically modified food, and what does being “non-GMO” mean? Let’s take a look at these questions, as well as which foods are good to avoid and which are safe.

When people speak about GMOs, they are referring to organisms that have been created in a lab using genetic modification techniques. This can mean many things. It typically means that scientists take genes from one organism (such as a plant or animal) and insert it into the DNA of another organism. The idea is that the second organism would then start to display the traits of the first. The intent is honorable enough: if we could alter foods in certain ways, we would be able to maximize crop yields, create foods that are resistant to harsh environments, and insects. The end goal would mean more food on a global scale, that could feed people who otherwise have difficulty getting food. Sounds great right? Well, the problem is that it has not worked out this way in practice. In fact, GMOs have made the population sicker and more deficient in nutrients than ever. Because the process of genetic editing is still not fully understood. A scientist can take genes from one organism and put it in another, but they don’t know where those genes will go, and how they would impact other genes. One single gene could end up shutting down or disrupting a whole host of others.

GMO foods can lead to any number of problems for the consumer, including allergies or immune system responses. They can also cause brain fog, weight gain, as well as more long term problems such as damaging your DNA, and bacterial microbiome.

So GMOs are bad news, how can you avoid them? The first step is to understand what foods are allowed to be GMO (in the United States). The following foods are approved for genetic modification:

This may not seem like a terribly long list at first glance. But stop and think about all the other foods you eat that contain one or more of these as an ingredient in some way. You quickly realize that GMO foods are trickier to avoid than you first thought. Now that we have a list of GMO foods, let’s look at how to stay clear of them.

If you are going to be buying foods that in any way contain the above-listed items, be sure to choose certified organic products. Certified organic products are not permitted to utilize any GMO ingredients, and must have independent third-party verification to carry the label. Take note though, the label “made with organic ingredients” means that only 70% of the ingredients need to be organic. Still better than none, but something to keep in mind.

In the united states, most produce is not genetically modified. Some of it is though, like corn and Zucchini, so be sure to read labels when buying those things.

When it comes to meat products, you may think you’re safe buying whatever. Because animals are not on the list of approved GMO foods right? While that is technically true, the food they are fed. Cows, birds, even fish are fed GMO corn regularly, even though it is not their natural diet! As the saying goes “you are what you eat,” the same holds true for animals. If they are fed junk, the end result is less nutrition for you! When buying meat, look for grass-fed (in the case of livestock), or farm raised (in the case of fish).

So as long as you avoid GMO foods, you should be good, right? Not exactly. Even non-GMO foods are being treated with pesticides and herbicides like Glyphosate. Glyphosate, is the active ingredient in Monsanto’s Roundup, the most used chemical weedkiller in food and agricultural production. This toxic chemical has been linked to cancer, birth defects, and kidney disease. What makes thing worse is that with more and more people demanding non-GMO, products are being labeled as healthy and safe, even though there are treated with toxic chemicals like glyphosate.

The best way to avoid all GMOs and toxic non-GMOs is to buy local organic foods as often as possible. Look for the USDA Organic label, and when you go to the grocery store stick to the perimeter sections. The stuff in the center aisle is almost always unnecessary and unhealthy. It can seem like a lot of information up front, but in the long run, eating organic will pay off big time!

Beneficial GI  is the most advanced formula on the market today for optimal gastrointestinal health. It has been designed to support gut health, soothe the digestive tract lining, promote regularity, microbial balance and support proper immune function.
Beneficial GI is available in a convenient, crystalline powder which mixes easily into any beverage or other functional food powder and is free of any ingredient that causes gas and or bloating. I recommend mixing with a glass of water to start your day.

About Dr. Jenny: Dr. Jenny is a Naturopathic Doctor and clinical research associate. She is a successful entrepreneur as the CEO/Proprietor of AgeVital Pharmacies in Sarasota, Florida. She is a charismatic media personality and television producer with regular appearances on ABC, NBC, TBN, CBS, the CW and up coming show on Lifetime. As a health and wellness expert and educator, Dr. Jenny lectures all around the world at various conferences about the endocannabinoid system and functional integrative healthcare and how natural solutions work to treat a multitude of disease and illness. She is currently authoring books about the endocannabinoid system for healthcare practitioners and consumers.   She is the President and Chairman of The American Academy of the Endocannabinoid System (AAECS) and sits on the Executive Board of Directors for the American Board of Medical Marijuana Physicians (ABMMP). Her expansive credentials include a Board Certification at The American Board of Anti-Aging Health Practitioners – (ABAAHP), a Diplomate of the AAIM College of Nutrition and a Board Certification with the (AAIM) Board of Integrative Medicine. Dr. Jenny is also a member of the American Academy Of Anti-Aging Medicine, serves as a senior business and financial advisor for Nuvusio and the medical director for Biom-Pharmaceuticals and Chief Scientific Officer And Medical Director for M3.